Erika's work has been published by Oni, Dark Horse,Image, Villard, BOOM!, Penny Arcade and Scholastic, among others.

2013-Ongoing and NSFWErika's widely acclaimed sex education and review site. It strives to be relevant to a wide variety of genders, body types, and sexualities.

2004-2009Erika's autobiographical comic about a lesbian artist-wannabe who falls in love with a boy.

An old wordless comic from DAR!

One page from the OJST comic, Bootie. 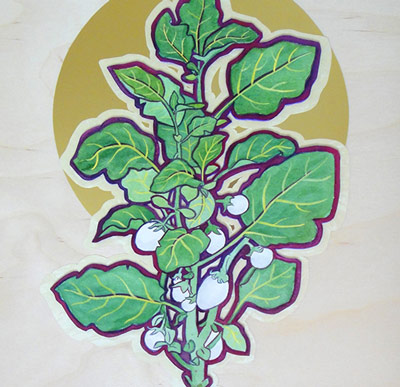 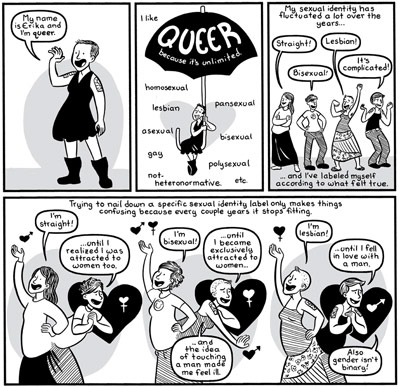 A comic on being Queer.

I Want To Live

A comic on suicide, originally posted on The Nib.

9” x 9”, watercolor and gold paint on top of a gold panel that pops of the wall. 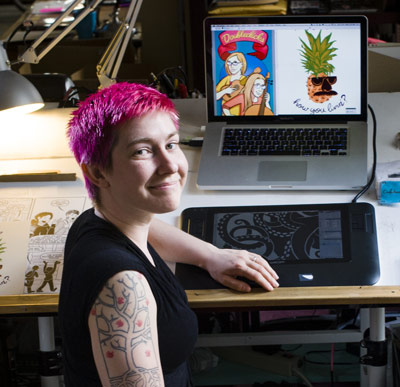 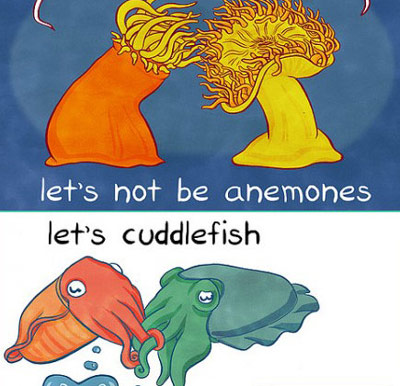 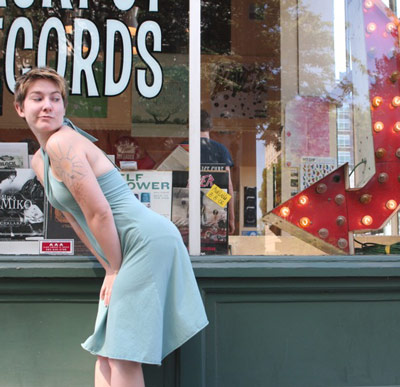 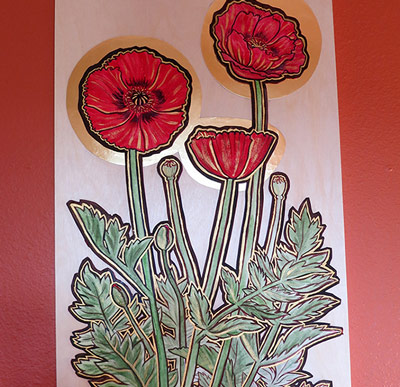 Erika Moen is fucking amazing and Oh Joy Sex Toy will change your life for the better.

Moen reminds us that sex should be fun, funny, and safe... essential reading.

A revolution in laughter and a hardcore exploration of the orgasm... refreshingly frank.

Erika Moen is a freelance cartoonist born June 25, 1983 and graduated with an Illustrated Storytelling self-designed degree from Pitzer College in 2006. She lives in Portland, Oregon where she has been a member of Helioscope Studio since 2008.Having created comics for well over a decade, her work has been published by Oni, Dark Horse, Image, Villard and Scholastic, among many others.In addition to creating comics, she also regularly teaches classes and guest lectures on the subject in high schools and colleges around the country. She has been happily married to Matthew Nolan since October 2008.

Unfortunately Erika does not have time to answers questions. If you need advice, please google your question or go to a message board on the subject. Scarleteen covers everything you could possibly want to know about sex/sexuality/gender.

Though she appreciates every email, regretfully Erika is unable to respond to most email. But she is always happy to receive a personal email, even if she can't reply to it. If you’re ready to throw your email into the void, send it to: